Day Of The Dozens

The Centers for Disease Control (CDC) has recently conducted a study examining foodborne illnesses. The study revealed that contaminated salad greens are responsible for making the most people sick, and contaminated poultry have caused the most deaths. The CDC recommends that Americans not avoid certain types of food, but utilize safe food handling procedures in their homes. Collaboration between the Academy of Nutrition and Dietetics and ConAgra Foods has provided guidelines on safely handling foods as a part of the Home Food Safety program .

Some of the recommendations for safe home food preparation

People should be certain to wash every fruit and vegetable with cool tap water prior to eating. It doesn’t matter if it does or does not have a peel.

Any area of the fruit or vegetable that appears damaged should be removed. The outer leaves of lettuce should be taken off and thrown away.

When it comes to dry produce it should be cleaned with a paper towel or cloth.

Raw sprouts such as clover and alfalfa should be cooked to eliminate any chance of getting sick.

When purchasing meats be certain to observe the Safe Food Handling label on the package, and make certain the meat is wrapped tight. Shop for meat last, and place it in a bag separate from other foods to avoid any chance of cross-contamination.

All meat should be placed in the coldest part of a refrigerator. The temperature for properly storing meat is 40 degrees Fahrenheit or lower. Fresh uncooked chicken should be prepared within two days of being bought. Other fresh meats should be used within four days. All meats that are cooked should be eaten or stored in a freezer after three days. 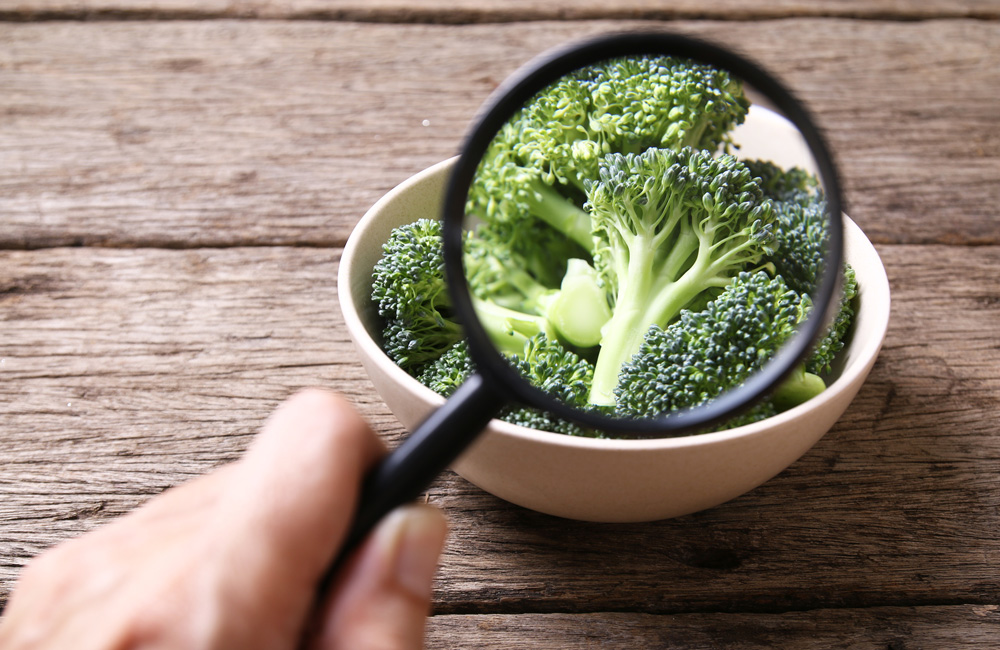 It’s important to properly wash hands just prior to handling any raw meats.

Frozen meats should be defrosted in the refrigerator or in a microwave set at the defrost setting. Never defrost frozen meats on a counter. Immediately prepare any meat that’s been thawed in a microwave. Never re-freeze thawed meat.

It’s a good idea to utilize a food thermometer to make certain meats are cooked to a safe internal temperature.

In a January 31, 2018 press release, registered dietitian and Academy Spokesperson Rachel Begun is quoted as saying “While this study found produce accounted for nearly half of food poisoning illnesses, everyone should still eat plenty of fruits and vegetables. Safe food-handling procedures can help protect you from foodborne illnesses while still allowing you to enjoy these tasty and nutritious foods. One of the most important things you can do to stay healthy is to wash your hands thoroughly for 20 seconds with soap and water, especially when it comes to the particularly nasty norovirus. The norovirus accounted for 46 percent of the illnesses according to this study, and while hand sanitizer is great to reduce the spread of some germs, research shows us that soap and water is best.”